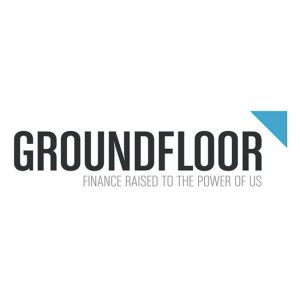 Groundfloor, the first public lending community for real estate, said the U.S. Securities and Exchange Commission (SEC) has qualified it to sell securities to non-accredited investors under the amended Regulation A (referred to as Regulation A+). On the heels of a successful pilot in Georgia, Groundfloor. which is a Signature company of the Advanced Technology Development Center, will soon begin a limited rollout period in eight other states.

Groundfloor is the first company to achieve SEC qualification for peer-to-peer microlending since Prosper and Lending Club in 2009. It also is the first company ever to qualify for real estate microlending, and the first issuer to complete the new North American Securities Administrators Association (NASAA) Coordinated Review Process, which is designed to facilitate the filing of Regulation A offerings in multiple U.S. jurisdictions.

Groundfloor’s Georgia intrastate pilot funded more than $2 million of real estate project loans to commercial borrowers, with no defaults and more than $800,000 of lender principal and interest repaid to date. During the pilot, the typical loan term was six months to a year, with a typical size of $50,000 to $100,000 per loan and average annualized yield of more than 12 percent. In November 2014, the company reduced the cost of each unit of investment in loans from $100 to the current $10.

“Today is a breakthrough moment for alternative finance. Private lending is going public,” said Brian Dally, Groundfloor’s co-founder. “Our qualification paves the way to open a $70 billion real estate lending market to all. We look forward to serving millions of individual investors and thousands of commercial borrowers in Georgia and beyond.”

Current Groundfloor lenders in Georgia and residents of eight newly approved jurisdictions will soon have the right to invest in loans nationwide. The initial set of approved jurisdictions include California, Illinois, Maryland, Massachusetts, Texas, Virginia, Washington, Georgia and the District of Columbia. The company anticipates adding new investment opportunities and expanding its offerings to additional states in the near future and has positioned itself for aggressive growth.

The SEC recently expanded Regulation A, as mandated by Title IV of the Jumpstart Our Business Startups (JOBS) Act. The new rules, commonly referred to as Regulation A+, permit qualified issuers to offer up to $50 million in securities over a 12-month period in what are known as Tier 2 offerings. Companies electing to use Tier 1 offerings may offer up to $20 million.