Morzine Medical to Help Military on the Battlefield 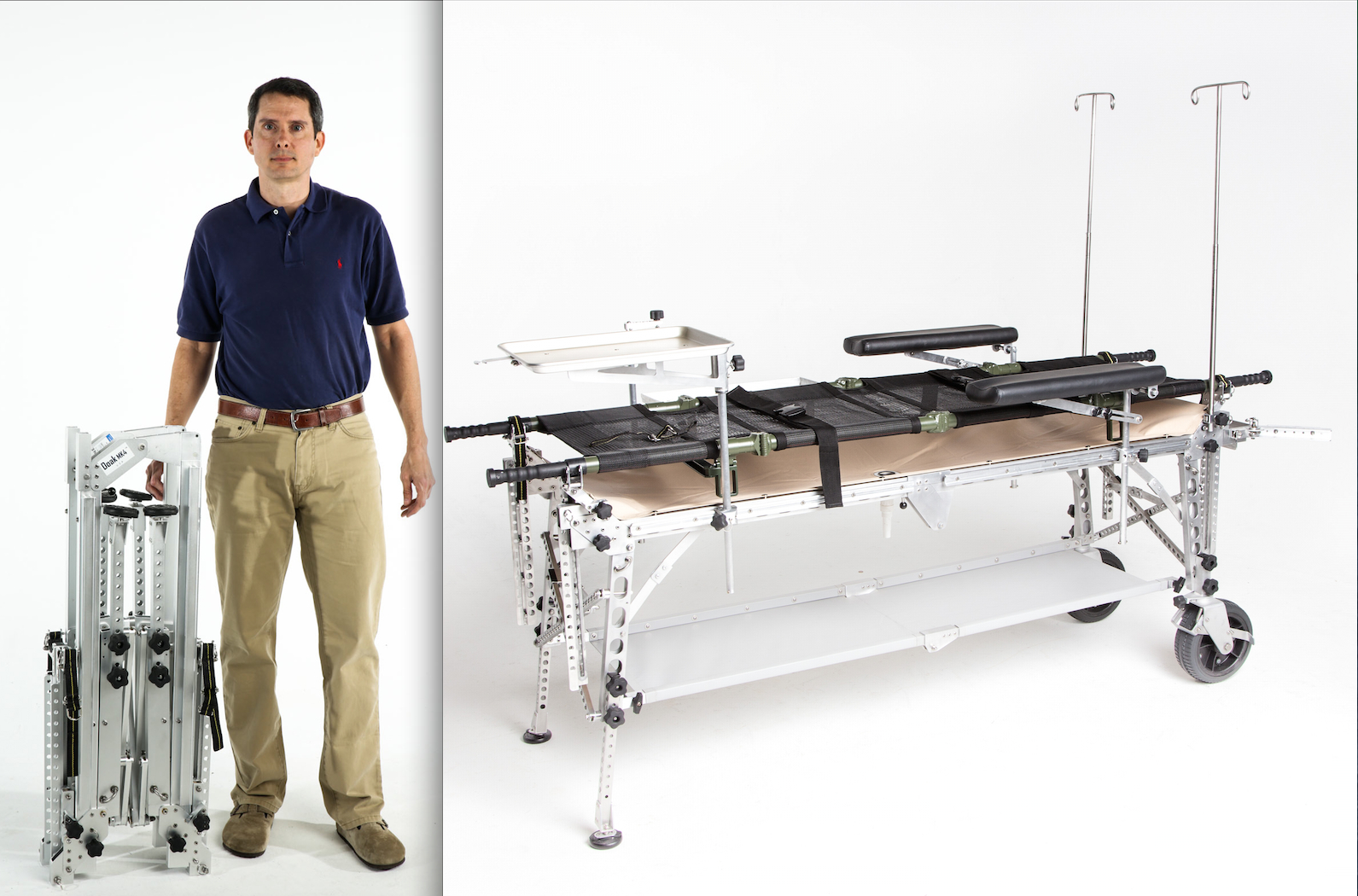 The Doak Table was created in a Baltimore garage in 2006 by a tinkering retiree equally at home in a boardroom or a machine shop.

And, along with his two partners, the Marietta entrepreneur who saw its potential and formed a company in 2013 to buy the rights to commercialize it has inked his biggest deal yet: a seven-figure contract with the U.S. military.

“We’ve gone from a garage in Baltimore to this substantial order,” said Mark W. Trimble, managing principal of Morzine Medical. “This is a game-changer for Morzine. It is also an acknowledgement that the Doak Table is the benchmark for a mobile, lightweight and compact operating platform.”

By year’s end, the Atlanta-based company he runs projects construction of 70 of these lightweight, but sturdy surgical tables designed to be used in non-traditional medical care settings, such as the battlefield or in the aftermath of a catastrophic event.

The Doak Table — named for the inventor’s father, a military surgeon — will be used as the standard operating table for all the far forward surgical teams in one branch of the military. Trimble believes that it is only a matter of time before the other branches adopt the Doak Table as well.

These surgical teams are formed to stabilize and resuscitate soldiers with life- or limb-threatening injuries — wounds so severe they need immediate treatment and can’t wait to be brought to a military hospital.

“They don’t have the luxury of time, so the critical issue we sought to address was, ‘how do we get the care closer to where they are,’” said Trimble, a Georgia Tech graduate (bachelor’s in economics, 1989, and a master’s in management, 1992).

That’s quite a differentiator for the no-assembly-required Doak Table, compared with competitors’ models that can take up to 30 minutes to put together.

With no loose pieces to put together and a design that can hold up to 600 pounds, the Doak Table allows surgeons to focus on saving lives without worrying about one of their most important tools: a stable platform with all the functionality of a standard operating table found inside hospitals.

“Having an operating table that could make a genuine difference in helping save soldiers’ lives was critically important to us,” Trimble said.

In 2012, the Journal of Trauma and Acute Care Surgery published a study that found over a 10-year period, roughly a quarter of U.S. servicemen and women killed in action — 1,000 soldiers — died from wounds that they might have survived with implementation of more advanced battlefield care and protocols.

EI2, through its various programs, is charged with spurring economic development across the state and helping entrepreneurial startups such as Morzine grow and thrive.

ATDC, Trimble said, helped prepare his company to be able to meet the military’s goals and objectives.

“With Georgia Tech’s help, we’re in a position to supply the U.S. military with Doak Tables and in sufficient quantities to allow it to be the standard operating table in far forward surgical hospitals.”

Indeed, the Georgia Manufacturing Extension Partnership (GaMEP), another EI2 arm that focuses on strengthening the state’s manufacturing sector, helped Morzine find an aerospace machine company — headquartered in Cobb County — that could build the tables to the exact required specifications.

Bill Ritsch, GaMEP’s North Metro Atlanta region manager, connected Morzine with a short list of companies across the state that met its needs, helping to get rapid, scaled production faster.

“They accelerated the process because we were able to tap into their knowledge,” Trimble said, adding Ritsch’s help also made it easier for the company to get face time with manufacturers that might otherwise be leery of a startup.

Ritsch said the process of helping a startup with a production need find a manufacturing partner in-state was seamless.

“It’s awesome whenever we can do that,” Ritsch said. “That’s the whole goal.”

Another important principle for Morzine was that all of the parts used to manufacture the operating tables be made in America.

What’s more, aside from a small number of parts made in Maryland and South Carolina, the entire table is fabricated and assembled in Georgia.