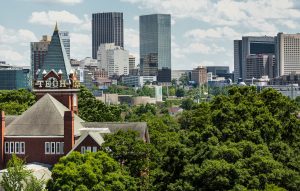 The Georgia Institute of Technology ranks No. 1 on the list of public colleges and universities that produces the most tech-ready, startup talent.

Tech.co’s rankings of the public colleges as well as its separate listing of private universities, was comprised of evaluations, including U.S. News & World Report for Computer Science, LinkedIn university ratings for Software Developers, Software Developers at Startups, and the number of companies being run by alumni, as reported by AngelList.

Fostering a startup culture and sense of entrepreneurship is critical at Tech, which has created a startup pipeline that encourages students to pursue their startup ideas, all in a supportive environment of the campus’ maker culture. That’s led to the formation of several promising student-led companies, including FIXD and Gimme.