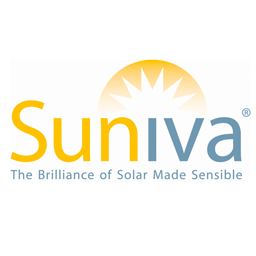 The Technical College System of Georgia and the Georgia Department of Economic Development named Suniva, a leading American manufacturer of high-efficiency, cost-competitive crystalline silicon solar products, the Manufacturer of the Year for 2016 in the medium size business category. As part of Manufacturing Appreciation Week, the company attended the annual awards ceremony luncheon where it was honored by Georgia Gov. Nathan Deal.

Headquartered in Norcross, Suniva, a 2009 graduate of the Advanced Technology Development Center’s (ATDC) Signature program, was recognized for its commitment to excellence in manufacturing. Suniva, which evolved from the research of Ajeet Rohatgi, a professor at Georgia Tech’s School of Electrical and Computer Engineering, is also a graduate of the Institute’s VentureLab incubator.

The Manufacturer of the Year award had nearly 100 applicants in the medium size business sector, making it one of the most competitive awards in Georgia. The companies were nominated by business and civic leaders and chosen for their excellence and contributions to the state’s economy and their respective local communities.

“Suniva has been recognized for many awards in our history, and we are especially proud to be recognized for excellence in manufacturing,” said Paul Schneider, vice president of plant operations. “We have an incredible team that pays great attention to detail. In fact, earlier this month we celebrated a remarkable three years without an OSHA recordable injury.”

“We are tremendously honored to receive this award,” said Matt Card, executive vice president of commercial operations. “In a marketplace that is heavily served by off-shore commodity manufacturing, it’s important that the domestic construction industry have a strong manufacturing leader of high-quality, innovative products here at home. Suniva is proud of its Georgia roots, and we are thrilled that our position of leadership here in the United States results not only in technological innovation for our industry – but is allowing us to give back to our state through significant job creation.

“Renewable Energy is making a meaningful difference in the energy portfolio of the United States. It should be a point of pride to all Georgians that a home-grown manufacturer is a leader in this important field of growth,” Card said.

The company is currently expanding its state-of-the art manufacturing facility at its headquarters, bringing the Norcross site to 400MW of cell capacity. With more than 350 employees, and its award winning cell technology, Suniva is known world-wide for its high-powered solar products.

Suniva has received numerous awards for its technological innovation, business leadership and global environmental impact, including Commercial Technology of the Year by Platts Global Energy; No. 2 of the Wall Street Journal’s Top 10 Venture-Backed Clean Technology Companies; and Renewable Energy Exporter of the Year by the Export-Import Bank of the United States.