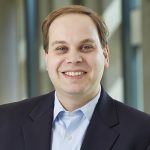 The phrase “term sheet” is often bandied about in the startup world. To the uninitiated, it may seem mystical. It isn’t.

In the context of startup funding, a term sheet is a document that maps out the parameters of a funding deal between a startup and investors. As such, it can be simple or complex.

A term sheet for early seed and angel investor funding rounds will differ from a term sheet for funding from venture capitalists — and terms will vary from deal to deal. Still, there are common elements at each stage of the startup’s fundraising journey, and issues that entrepreneurs should be aware of as they grow their businesses and raise more money.

Before getting into any fundraising, entrepreneurs should have a plan for how much startup funding they want to raise in each round and use that as a guide as they negotiate terms.

Angel Investors, The Seed Round And Convertible Debt

The first stage of high-growth startup funding beyond “friends and family” is angel or accelerator funding, or seed funding.  In this stage, you’ll be dealing with an investor who has experience backing companies and has likely been an entrepreneur themselves. They’ll be savvy about startup financing, as will any startup accelerator such as TechStars, of which Aprio is a global sponsor, or Y Combinator.

At this stage, the entrepreneur won’t want to set a valuation on the company. It’s very difficult to determine the value of a company at such an early stage, and founders may be tempted to undervalue the company in order to secure an investment, setting themselves up for undervaluing it in later funding rounds.

It’s a good idea in this round for the entrepreneur to come up with their own term sheet. Angel investors are likely to ask, “what are your terms?”

A key term to understand in the angel round is “convertible debt,” which is a common form of angel investor funding.

Geoff Ralston, writing on famed startup accelerator Y Combinator’s website, defines convertible debt this way: “Convertible debt is a loan an investor makes to a company using an instrument called a convertible note. That loan will have a principal amount (the amount of the investment), an interest rate (usually a minimum rate of 2 percent or so), and a maturity date (when the principal and interest must be repaid). The intention of this note is that it converts to equity (thus, “convertible”) when the company does an equity financing.”

Convertible notes often have a cap, or target valuation, and/or a discount on a subsequent valuation.

The notes convert to equity, usually at a discount of anywhere from 10-50 percent. The cap sets a maximum valuation the holder of the note will pay for equity in a subsequent funding round, regardless of the company’s valuation. The idea behind the cap is that the early investor will pay less for equity than later investors. For example, if a valuation cap is set at $2 million and the valuation in the next round is $4 million, that’s a huge discount for the investor.

For the entrepreneur, a cap sets a valuation on the company at a time when such a valuation is hard to gauge and can put off later-stage investors who won’t be happy about angel investors getting more shares for the same amount of money.

Caps and discounts are, Ralston points out, negotiable. And that’s often where the most haggling will take place between angel investors and entrepreneurs.

In a SAFE deal, an investor puts their money on the line in return for future equity when the company reaches liquidity events, usually the sale of preferred shares in a company in a later funding round.  In practice, a SAFE enables a startup company and an investor to accomplish the same general goal as a convertible note, though a SAFE is not a debt instrument. However, similar to convertible debt, a SAFE usually provides for the conversion of those funds to equity at a caped valuation or a discount off of a new round of capital.

Series A and Beyond

Negotiation over the term sheet in the Series A round and later rounds can get interesting. That’s when venture capitalists usually get involved, and that’s when an entrepreneur will want to have a clear sense of the valuation of their company.

For the most part at this stage, the venture firm will prepare the term sheet. But that certainly doesn’t make it non-negotiable. You can find templates for term sheets and other common legal documents on the National Venture Capital Association website.

The composition of the board of directors is another key point in a Series A term sheet. Most investors won’t want the liability of controlling the board. A common structure is a five-member board with two for the investor, two for the entrepreneur, and one independent.

One point worth negotiating, if you’re an entrepreneur, is that final board member. It’s better to have a 3-2 split (company to investor) rather than 2-2-1, because that “independent” board member could put the entrepreneur at the mercy of his or her investors.

Some entrepreneurs only focus on the pre-money valuation, and end agreeing to many other preferred features, which essentially diminishes what the inherent pre-money value is.

Term sheets are a blueprint for investment deals in startups.

Discounts and valuation caps: Angel investors will expect a discount on the stock they buy when their debt or SAFE converts to equity. Some may want a valuation cap setting the maximum an angel investor will have to pay in subsequent rounds for a certain amount of equity in the company.

Series A and subsequent funding rounds:In these funding rounds, entrepreneurs are dealing for the most part with venture capitalists, who will offer their own term sheets rather than expecting one from the entrepreneur.

Valuation: This is a crucial issue during Series A negotiations. It determines how much of the company an entrepreneur will need to sell to raise the amount of money they need. Too many investors focus only on the pre-money valuation, however, other terms and conditions could negate the valuation. Thus, all terms and conditions should be considered when negotiating rounds of equity.

Mr. Epstein is a partner at Aprio, a 2019 ATDC program sponsor. The views expressed are not necessarily those of ATDC or Georgia Tech.