Cypress.io named one of 20 Rising Stars as part of Forbes’ Cloud 100 List 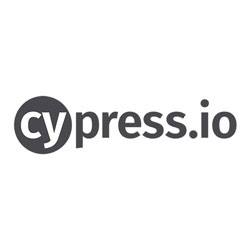 Cypress.io, a next-generation automated testing framework used by software developers and QA engineers to test web applications, was named one of the 20 Rising Stars as part of the Forbes 2019 Cloud 100 list. The Cloud 100, the definitive list of the top 100 private cloud companies in the world, is published by Forbe​s in​ partnership with​ Bessemer Venture Partners​ and ​Salesforce Ventures​.

The 20 Rising Stars represent young, high-growth and category-leading cloud companies that have raised up to $25 million to date and are poised to join the Cloud 100 ranks. Cypress.io is in the Advanced Technology Development Center’s ATDC Signature portfolio.

“Cypress is redefining test automation for JavaScript developers, enabling them to easily and consistently create high quality web experiences,” said Drew Lanham, the company’s CEO. “We are honored to be recognized by Forbes, Bessemer Venture Partners, and Salesforce Ventures as one of the Rising Stars in the Cloud 100.  This accomplishment validates the tremendous amount of hard work by our team.”

Cypress.io enables developers to simply create end-to-end tests for complex scenarios such as e-commerce, complex user workflows, and user interactions.  Made specifically for developers and QA engineers, creating real-world tests for the most complex use cases is possible within minutes through simple installation and test authoring using JavaScript. Cypress is used by individuals, teams, and enterprise customers, including ​Zylo​ and ​Siemens.

“Zylo is the leading SaaS Management platform and manages over $10 billion in SaaS spend and nearly 1 billion employee SaaS-based interactions for our enterprise customers. Providing a flawless user experience is absolutely critical,” said Ryan Carroll, co-founder and vice president of engineering. “Using Cypress in our DevOps environment to constantly test gives us confidence we are delivering high quality to our customers, while still letting us innovate and move fast.”

Siemens Building Automation and Control Systems has also realized the benefits of using Cypress. “It transformed test automation for us,” said Murat Ozcan, test lead at Siemens Building Automation and Control Systems, “by allowing rapid engineering of tests for any test layer that execute consistently and quickly in any environment.  Cypress is easy to adopt and use, but provides sophisticated features to satisfy JavaScript experts and support the latest cutting-edge features of the modern web.”

The Rising Stars of today are the Cloud 100 companies of tomorrow, said Byron Deeter, top cloud investor and partner at Bessemer Venture Partners. “Many of our past Rising Stars have gone on to become members of the exclusive Cloud 100, and we’re certain many of this year’s honorees will follow suit,” he said.

“For four years now, we have ranked the best and brightest emerging companies in the cloud sector,” said Alex Konrad, Forbes editor of The Cloud 100. “​With so many businesses growing fast in the cloud, from cybersecurity and marketing to data analytics and storage, it’s harder than ever to make the Cloud 100 list – but with more elite company if you do​. Congratulations to each of the 2019 Cloud 100 honorees and the 20 Rising Stars honorees poised to join their ranks!”

The Forbes 2019 Cloud 100 and 20 Rising Stars lists are published online at ​www.forbes.com/cloud100​ and will appear in the September 2019 issue of Forbes​ magazine.

With more than 17 million downloads and users in 90+ countries, Cypress.io is the leader in browser-based test automation for the web.  Cypress enables developers and enterprises to easily, quickly, and accurately test anything that runs in the browser, empowering developers to build modern web applications faster and better. Founded in 2015, Cypress is based in Atlanta, GA with employees worldwide.  Investors include Bessemer Venture Partners (BVP), Las Olas Venture Capital (LOVC), Tech Square Ventures, BIP Capital, and BLH Venture Partners.  Used by a thriving community of developers in some of the world’s most influential products, customers include Autodesk, Crunchbase, DHL, Fullstory, HashiCorp, GitHub, GoDaddy, Pandora, Priceline, SendGrid, Slack, and Shopify. Visit ​cypress.io​ or follow ​@cypress_io​ to learn more.