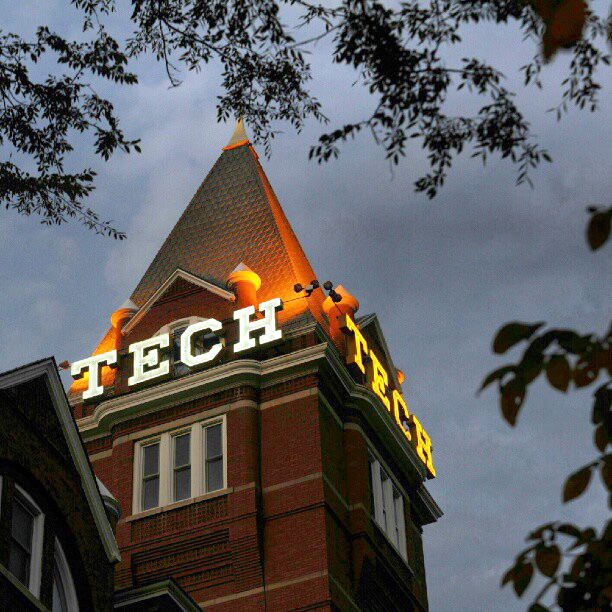 The new program — which comes as the retailing sector faces a torrent of change in consumer behavior — is being funded by a $1 million gift from the Mookerji Foundation to the Georgia Tech Foundation. The new initiative was announced at the 2017 ATDC Startup Showcase.

The Georgia Tech Foundation, in turn, has earmarked the new funds for the formation of the ATDC Retail Program. Founded in 1980, ATDC is a program of the Enterprise Innovation Institute, the Georgia Institute of Technology’s chief economic development arm. ATDC is one of the longest running university-affiliated incubators in the United States.

“We chose Georgia Tech because of its commitment to economic development in Georgia and beyond, its focus on incorporating innovation in economic development, and its legacy of success,” the Mookerji Foundation said in a statement. “ATDC is a world-class technology incubator and is at the forefront of helping entrepreneurs not only build companies, but gives them the tools for long term success.”

The Atlanta-based Mookerji Foundation is dedicated to nurturing and enabling entrepreneurs in metro Atlanta.

“The retail landscape has undergone a tumultuous shift in the last few years and retailers — from the national chains and department stores to the mom and pop shops on Main Street — are all looking for innovative technologies that help them remain competitive, stay engaged with their customers, and improve the bottom line,” said Jennifer Bonnett, ATDC’s general manager. “This new focus on retail complements some of our other related focus areas, such as financial technology (FinTech).”

The U.S. retail sector, which is comprised of more than 3.7 million establishments, supports some 42 million jobs with a $2.6 trillion impact on the economy, according to the National Retail Federation (NRF), the industry’s chief trade group.

“This is a very important segment of the Georgia and national economies and an exciting opportunity for Georgia Tech to make an impact and keep to its economic development mission,” said Maryam Alavi, dean and Stephen P. Zelnak Jr. Chair of Georgia Tech’s Ernest Scheller Jr. College of Business.

Alavi and other Scheller officials, as well as representatives of Tech’s Office of Development, collaborated on the effort that led to the Mookerji Foundation’s gift.

The initiative is the second of its kind for ATDC. In March 2015, Worldpay US, a global payments technology and services company, made a $1 million gift to Georgia Tech, which used the funds to launch a FinTech program at ATDC. Since its launch, that effort has reached more than 350 entrepreneurs across the state of Georgia, including 17 FinTech startups in the ATDC Signature and ATDC Accelerate portfolios. To date, those companies in both Signature and Accelerate have raised more than $34 million in outside funding.

The Georgia Institute of Technology is one of the world’s premier research universities. Georgia Tech is a national and international leader in scientific and technological research and education and is the nation’s leading producer of engineers as well as a leading producer of female and minority engineering Ph.D. graduates. Ranked among the top public universities by U.S. News & World Report, the Institute enrolls more than 23,000 students within its six colleges. For additional information, visit gatech.edu.

The Advanced Technology Development Center (ATDC), a program of the Georgia Institute of Technology, is the state of Georgia’s technology startup incubator. Founded in 1980 by the Georgia General Assembly, which funds it each year, ATDC’s mission is to work with entrepreneurs in Georgia to help them learn, launch, scale, and succeed in the creation of viable, disruptive technology companies. Since its founding, ATDC has grown to become one of the longest running and most successful university-affiliated incubators in the United States, with its graduate startup companies raising nearly $3 billion in investment financing and generating more than $12 billion in revenue in the state of Georgia. For more information, visit atdc.org.